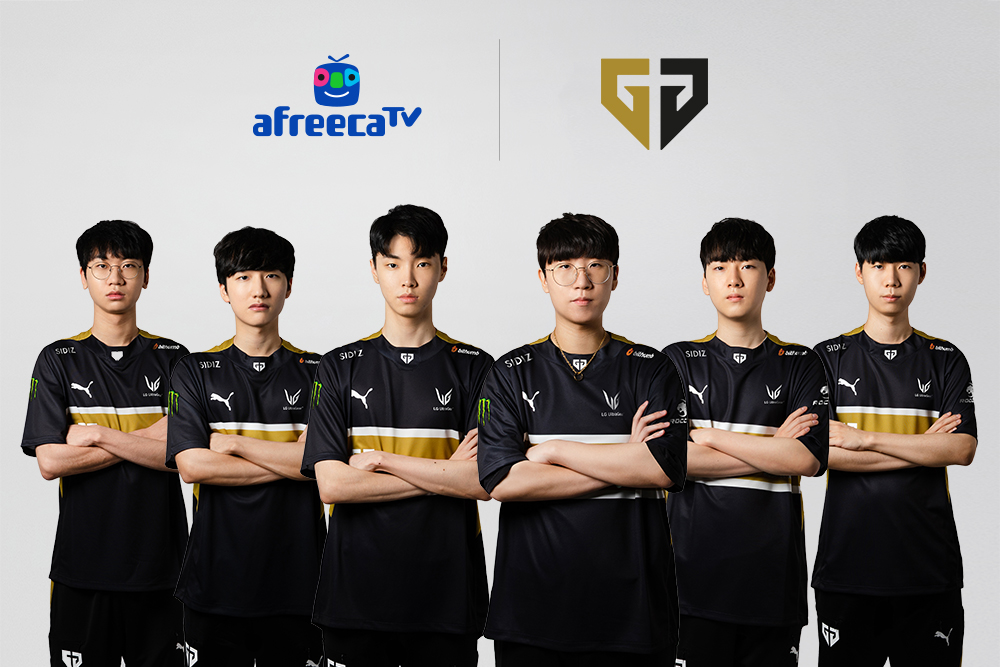 l  The streams will allow players to directly communicate with fans worldwide.

AfreecaTV is a media platform where anyone can enjoy live streaming content using PCs and mobile devices, and it has also become an esports portal by operating its own esports page and game prediction services. Through this streaming partnership with the Gen.G. LoL team, it strengthened its position as a streaming platform for professional gaming teams.

Additionally, Gen.G and AfreecaTV will hold various promotions and events to welcome fans to the new platform through this partnership.

"We are excited about the partnership with AfreecaTV and expect to see the Gen.G LoL team players interact with fans around the world," said Arnold Hur, CEO of Gen.G. "Collaborating with AfreecaTV is significant as they were one of the few platforms willing to provide our team the support we need to develop new forms of content," he said, expressing his expectations for the partnership.

Established in 2017, Gen.G is the leading esports organization connecting the United States and Asia. Ranked no. 8 in the inaugural Forbes list of the “Worlds Most Valuable Esports Companies,” Gen.G is the only major organization that owns and operates top teams in the worlds leading esports markets — China, South Korea and the United States. Its unique portfolio of teams, winners of seven global championships to date, includes the Seoul Dynasty franchise of the Overwatch League; 2014 and 2017 League of Legends world champion team in South Korea; a men’s and women’s VALORANT team, based in Los Angeles; and the NBA 2K Leagues historic expansion franchise in Shanghai.

United under #TigerNation, Gen.Gs core mission is to help fans and athletes use the power of gaming and esports to get ahead in and beyond the competition. The company has quickly become a commercial and thought leader, building a global, inclusive and cross-cultural future for sports entertainment. Gen.Gs teams, content creators and corporate staff work out of their offices in Los Angeles, Seoul and Shanghai. More information about Gen.G Esports and its teams can be found at this link. www.geng.gg