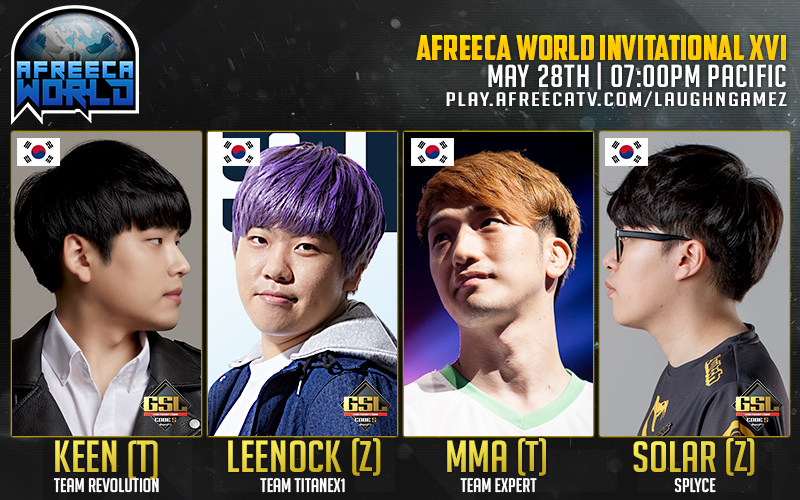 Thanks to your support, we are happy to announce the sixteenth AfreecaTV World Invitational!

You may have noticed a trend in Afreeca World lately that we are hopping between regions and that will continue. This event will take place in Korea bringing back our current Korean Champion KeeN (Ptitdrogo will keep his crown in EU).

The first invite and Afreeca World Champion is KeeN the Korean Terran who swooped in and took the crown in his first event. KeeNs opponent is making his debut in Afreeca World the TitanEX1 player Leenock the Korean Zerg. The next invited player is a fan favourite who is rapidly improving MMA the Korean Terran! The next player is another Zerg and force to be reckoned with Solar the last but not least of the four Koreans.

It is exciting to go back to Korea for waht should be some great matches!